Reserva Viña Bosconia wines come from the vineyard called El Bosque. Originally the founder, with his French influence, gave the wines names inspired by French wines. Viña Bosconia comes from a Burgundy-style wine that he used to make with a high percentage of Pinot Noir, and which he called “Rioja Cepa Borgoña”.The El Bosque vineyard is situated next to the river Ebro at an altitude of 465m and it is one kilometre away from the winery itself. Vines are planted on the south-facing foothills of the Sierra Cantabria range, providing them with the perfect conditions for ripening. The soil is a mixture of clay and limestone, and the average age of the vines is 40 years.

Viña Bosconia is a blend of Tempranillo with 20% Garnacha, Graciano and Mazuelo it has spent 5 years in used American oak barrels, manually raked twice a year and fined with egg-whites, bottled unfiltered and followed by some ageing in bottle for a minimum of six months.

It’s a delightfully subtle, Rioja Reserva that’s all about secondary and tertiary flavours and aromas rather than wood. Savoury, subtle and aromatic, with wild strawberry, tobacco and forest floor notes. 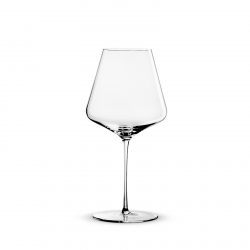 All products from this varietal
Graciano wine is medium tannic, it has deep color and intensive bouquet, with hints of blackberry, chocolate and violets. Usually this wine is aged in oak and aromas are complemented by sweet spices and vanilla.